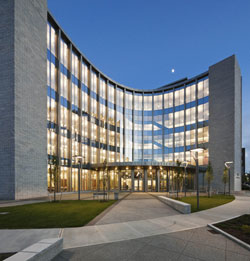 Designed and specified to be an energy-efficient building, the Fall River Justice Center and the entire project team received the Energy Star award at the American Institute of Architects National Convention in Miami in June.