Communities look to stay in the dark

For nearly three decades, the Tucson, Ariz.-based International Dark-Sky Association (IDA) has been encouraging local governments to pass ordinances to reduce light pollution. While a large number of communities have instituted ordinances to control outdoor lighting, their passage is often hard-won because of opposition from property owners. 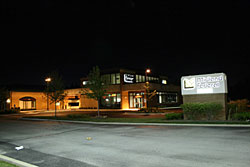 Virtually every community in the U.S. has some type of outdoor lighting ordinance, says Johanna Duffek, IDA’s education and outreach manager. The ordinances vary widely in their requirements and how they are enforced. Seeking to set the highest standards for outdoor light control to reduce the percentage of “up-light” that escapes into the sky, IDA has established the International Dark Sky Communities designation. Communities that have ordinances that require that all lighting fixtures to be fully shielded or cut-off and do not produce any light over a 90-degree angle can qualify as Dark Sky Communities. They also must demonstrate buy-in from other organizations in their communities for the lighting ordinance and provide educational programs on preserving the night sky.

Flagstaff, Ariz., and Borrego Springs, Calif., are the only two cities that have received the designation so far, but three other applications from cities are currently pending for the designation, Duffek says. “It’s pretty rigorous. We did that on purpose. We want it to mean something,” Duffek says.

Although Barrington Hills, Ill., officials are not aiming for a Dark Sky designation, they recently proposed an outdoor lighting ordinance, which would restrict types of outdoor lights, the duration they can be left on and the amount of lighting per acre. About 600 residents formed Homeowners Against Lighting Ordinances to oppose the limits, but the group has recently disbanded.

Chris Luginbuhl, an astronomer with the U.S. Naval Observatory at Flagstaff who helped Flagstaff develop its lighting ordinance, advises communities considering similar laws to start slow. “Retrofitting all lights would be daunting,” he says. “Start off by changing the ordinance for the future. Then try to address old lighting.”

What is light pollution?