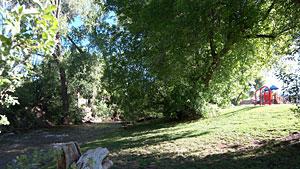 In Durango's chemical-free parks, the parks department refrains from spraying pesticides and herbicides that are broad leaf weed killers that contain 2,4-D products. The department also avoids using any fertilizers that have synthetic chemicals, choosing instead to use organic fertilizers.

Another Durango, Colo., city park is likely to become chemical free. Following a series of neighborhood meetings, the community’s Parks and Recreation Advisory Board decided at a Sept. 15 session to recommend to city council that Durango’s Pioneer Park be maintained without any chemicals. Another city park, Brookside Park, has been designated chemical free since 2008. The city has 32 city parks. (See “Non-organic chemicals no longer used in green spaces in Ohio city” for another community’s experience.) 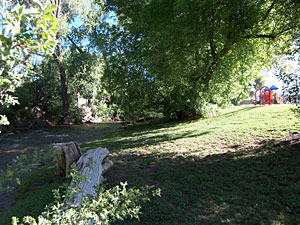 Durango Parks and Recreation Director Cathy Metz told Govpro.com that her department would implement the advisory board’s recommendation with the Durango City Council’s support. Metz, who has been Durango’s parks director for 15 years, said that no opposition has surfaced to making Pioneer Park chemical free.

In Durango’s chemical-free parks, the parks department refrains from spraying pesticides and herbicides that are broad leaf weed killers that contain 2,4-D products. The department also avoids using any fertilizers that have synthetic chemicals, choosing instead to use organic fertilizers.

For communities that are considering implementing a chemical-free park policy, Metz suggests that administrators cast a wide net to gather information and feedback. “I think that you need to listen to groups in your community and work with them,” Metz said. “Certainly, a parks department should work with its community, and find what revised grounds maintenance practices that your department can employ that work well in your park system and that improve parks and grounds for public enjoyment.”

Metz said there is a wealth of information already available about maintaining parks without chemicals. “There’s a lot of literature out there about the use of herbicides and pesticides, and the benefits and concerns about using them,” Metz said. She recommends that local government officials should touch base with their county agriculture extension service, state universities and local government weed and vegetation management officials for advice.