The Professional Grounds Management Society has announced that Jeffrey Bourne, chief of the division of facilities and capital programs in the Montgomery County, Md., Department of Recreation, will receive the PGMS E. Earl Wilson Award.

The Professional Grounds Management Society (PGMS) has announced that Jeffrey Bourne, chief of the division of facilities and capital programs in the Montgomery County, Md., Department of Recreation, will receive the PGMS E. Earl Wilson Award. The award recognizes outstanding and sustained service and dedication to the society and the Green Industry as a whole. 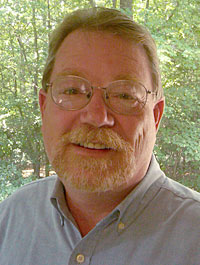 The award was established in 2004 to honor Wilson, who spearheaded PGMS for many years and who was instrumental in establishing the GIE+EXPO (Green Industry and Equipment Expo) and Green Industry Conference education program. “Earl Wilson cast a very long and broad shadow in the American Green Industry; to be considered in that shadow is the ultimate compliment,” Bourne told Govpro.com.

Bourne, an Ellicott City, Md., resident, has served as president of PGMS twice. He has represented the society on the GIE Board for years. He is also executive vice president of operations for the Herndon, Va.-based American Landscape Contractors Association, which is now a part of the Professional Landcare Network (PLANET). In addition to his current post in Montgomery County, Bourne also has served as director of the Howard County, Md., Department of Recreation and Parks, and as an instructor at Catonsville Community College in Catonsville, Md.

Previous recipients of the Earl Wilson Award include Kevin O’Donnell, superintendent of grounds at Villanova University, who received the award in 2004, and George Van Haasteren, director of grounds of the Dwight-Englewood School in Englewood, N.J., who received it in 2007. Bourne will receive the award during dinner ceremonies on Friday, Oct. 29, 2010, at the Galt House in Louisville, Ky., during the 2010 GIE+Expo.