According to the Freedonia Group, government-operated airports, health care facilities, public libraries, schools and other public structures will be adding to their stocks of LED lighting fixtures in the coming year.

According to the Cleveland-based Freedonia Group, government-operated airports, health care facilities, public libraries, schools and other public structures will be adding to their stocks of LED lighting fixtures in the coming year. Freedonia’s recent Advanced Lighting (#2486) report estimates that selected government and institutional spending on LED lighting for buildings will rise to $100 million in 2013, up from $65 million in 2008 — a 9 percent annual growth rate.

Freedonia’s analysts note, “In interior lighting applications, white LEDs are more popular and compete with fluorescent, HID and incandescent lamps as general illumination light sources. In such applications, LEDs benefit from their long lives and low energy consumption, reducing the cost of lighting a building.” 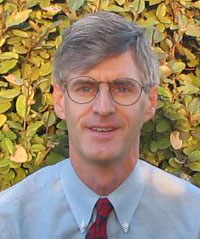 “The government market is ripe for the start of widescale LED lighting adoption,” says Tom Griffiths, president and publisher of Solid State Lighting Design News, which is based in Cedar Park, Texas. Griffiths told Govpro.com that governments are already major users of LEDs in traffic signals, and street and parking lot lighting.

“Adoption is also beginning in public facilities, where 24×7 lighting is more common, and LED luminaires (fixtures) can offer a shorter term payback than if they just received part-day use, as in an office environment,” Griffith says. “LED lighting for interior applications will really begin to pick up speed in 2011 and 2012, and again, the 24×7 users are going to be the earlier adopters.” 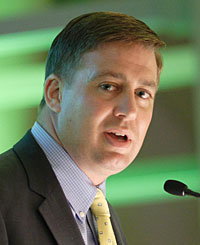 Government facilities should view LED light sources as valid options for all types of illumination in a space, Wakefield says. One caveat, he notes: “Facility managers should ensure that the LED luminaire chosen for general illumination is dimmable to a performance level acceptable for an office space. The most common lighting problems in an office space are too much light and harsh glare. Dimming allows the user in the space to set the perfect amount of light for any given task or activity in order to optimize productivity and overall satisfaction.”