In July, the Los Angeles Times reported that some Bell, Calif., officials were making disproportionately high salaries, including more than $787,000 a year for City Administrative Officer Robert Rizzo. Following the report, Rizzo, his assistant and the city’s police chief resigned, the city council cut its pay, and Mayor Oscar Hernandez said he would not run for reelection and would collect no pay at all for the remainder of his term. International City/County Management Association Executive Director Robert O’Neill talked to American City & County about the long-term ramifications of the Bell controversy. 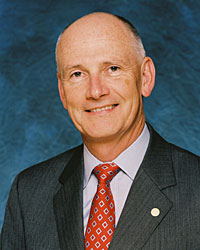 Q: How did these salaries get so high?

A: I don’t know the answer to that question, other than it appears that there was not a lot of public notice about the setting of the salaries. It appears that there were conversations between the staff and the council, but [they] were not public in terms of the discussion.

Q: What effect will this have on people’s perception of government officials?

A: It challenges people’s confidence in public officials to do the right thing. What we try to get clear to folks is that this is an exception and that there are certain principles in establishing compensation that ought to be used, including that they need to be done in public, and it needs to be clear as to what the total compensation is and what the elements of that compensation are. And, it should be based on a series of comparators in the public sector. So, there’s a process that I think allows people to be confident in the way these things are done. The trouble with the Bell circumstances is it basically suggests to the public that [public officials] aren’t using those kinds of practices, and it erodes the confidence in their decision making.

Q: Have you ever seen a similar situation in another city our county in which public officials were receiving salaries that were too high?

A: [The Bell situation] is so out of the ordinary. I couldn’t find any salary that was within hundreds of thousands of dollars of this number. I think the highest city manager salary that I’m aware of, in terms of total compensation, is in the $400,000 range. While [there are sometimes] debates over whether [certain city/county officials’] salaries are appropriate or high, this is so beyond that … this is really an unusual set of circumstances.

Q: Has ICMA been called to work with Bell in addressing the situation?

A: We’re working with the California League of Cities (CLC) and with a number of the managers groups in California. If requested by Bell, or if requested by the [CLC], we will help. We have some data, we have survey capacity if they want to look at comparative salaries and those kinds of things. Plus, we have the code of ethics, which talks about the responsibilities of individuals in the professions and their responsibilities in terms of public confidence. So, yes, we are working with them, but, at least from my standpoint, it’s unclear exactly what the Bell officials are going to ask. But, I do think, to some extent, they’re going to have to respond to a whole bunch of inquiries about this.