California city contracts for all services

On June 30, the day its liability insurance was scheduled to be cancelled, Maywood, Calif., fired all of its full-time employees and now will contract out all of its municipal duties. 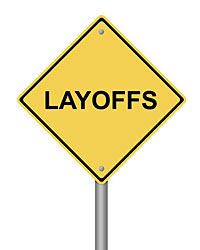 Many cities across the country are outsourcing services — such as public works, police and fire — to companies and neighboring governments, but Maywood, Calif., has taken outsourcing to a new extreme. On June 30, the day its liability insurance was scheduled to be cancelled, the city fired all of its full-time employees and now will contract out all of its municipal duties.

The city’s workers compensation and commercial insurance carrier, the LaPalma, Calif.-based Joint Powers Insurance Authority, terminated Maywood’s coverage because of its claims history over the last five years as reflected in 2005-2010 Loss Summary Statements, the city says in a statement on its website. “As a result, the City of Maywood will be unable to administer a traditional staff,” the statement reads. Shrinking grants and funding from both the state and the federal government also played a role in the decision, the statement says.

Read the entire statement from Maywood officials on the decision to outsource all city services.