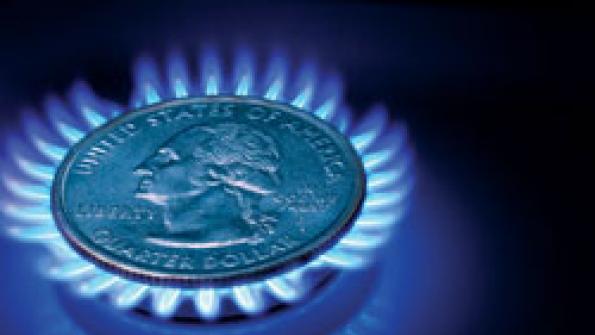 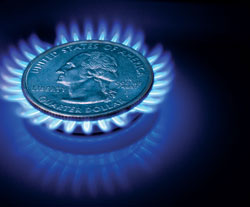 The American Recovery and Reinvestment Act (ARRA) dramatically reenergized local governments’ ability to help address their energy and infrastructure issues, primarily through billions of dollars in the Energy Efficiency and Conservation and Smart Grid Investment Grant (SGIG) programs. Those stimulus funds have been used to upgrade facilities and public spaces, reduce energy consumption and create opportunities for “green” jobs and businesses. The resulting improvements can deliver long-lasting environmental benefits that can help cities and counties meet their energy and emissions reduction goals.

With about 45 percent of the funds already disbursed by May 2010, much of the work is beginning to take shape. And, cities and counties continue to explore ways to use the funding to improve their communities, including energy retrofits offset by guaranteed energy savings and smart grid initiatives, such as automated meter networks and demand response programs.

Buildings account for nearly 40 percent of energy use and 70 percent of electrical use in the United States. So, many cities have identified energy efficiency and infrastructure improvements as primary uses for their energy block grant funds. A recent study from the U.S. Conference of Mayors (USCM) indicates 83 percent of cities have earmarked their EECBG funds to retrofit government facilities, with other uses including solar installations, LED traffic and street lighting, and energy awareness campaigns.

To accomplish energy retrofit projects, more than half of the USCM survey respondents plan to use their EECBG funds as part of an energy savings performance contract, a financing tool that allows organizations to pay for facility improvements and upgrades through the guaranteed energy savings they generate. By incorporating energy block grants with guaranteed energy savings, cities and counties can stretch their funding without affecting operating budgets or requiring additional taxpayer dollars. Using energy savings also counters concerns about excess spending because projects that pay for themselves in a definitive time period will not burden governments with excessive debt obligations after stimulus funds are gone.

Wilmington, Del., recently completed a $14.5 million energy retrofit and renewable energy program funded through a 20-year agreement, backed in part by more than $9.5 million from EECBG and a low-interest ARRA stimulus loan through the Delaware Division of Public Health’s Office of Drinking Water. The program is expected to deliver $1.14 million in guaranteed energy savings each year, as well as generate $16 million above the guaranteed amount through several of the infrastructure improvements. The work also will create or sustain more than 80 jobs.

As part of the program, the city installed a solar array at its Porter Reservoir Filtration Plant, which is expected to generate 650,000 kilowatt-hours of electricity annually and cover nearly 25 percent of the load at the facility. A second roof-mounted array at the Public Works Yard and Municipal Complex will add 300,000 kilowatt-hours of renewable energy, and will be financed by a Clean Renewable Energy Bond from the Department of Treasury.

Along with the solar installations, a booster pumping station was installed to increase the available capacity of the Porter Reservoir from 4 million to 30 million gallons. With the increased capacity, the city will draw from the reservoir during the day and shift most of its raw water pumping to off-peak hours when utility rates are low. Additional work under the program included converting city traffic lights to LEDs, and upgrading lighting and HVAC controls in 11 facilities.

The energy improvements will reduce electricity consumption by an estimated 2.8 million kilowatt-hours per year — enough energy to power more than 260 homes annually. The program also will decrease carbon dioxide emissions by nearly 4.4 million pounds each year — equivalent of removing more than 380 cars from the road, according to U.S. Environmental Protection Agency (USEPA) figures.

Getting smart with automated metering

Many municipal utilities also are exploring ways to use stimulus funds from the SGIG program for a number of initiatives, including installing automated metering reading systems. By deploying smart meter networks, utilities can reduce operating costs, improve meter accuracy and billing, deliver enhanced customer services, and build a platform for future conservation programs that will minimize the need to build additional power plants.

Duncan, Okla., recently started a program to implement a smart metering and wireless broadband network that will automatically collect electricity and water use data from residents and local businesses. The smart grid deployment is part of a broader infrastructure renewal and public safety program funded by a 15-year performance contract and backed in part by more than $2 million from EECBG and a low-interest ARRA stimulus loan through the Oklahoma Department of Environmental Quality.

The automated meter reading system will include more than 9,000 electric meters and 12,000 water meters. The electric meters will have two-way communication capabilities, which will give the city greater visibility into, and control of, the power grid. Instead of simply collecting data, for example, utility employees can pinpoint specific houses affected by a power outage or remotely shut off power if a resident is moving. The new meters also will reduce costs through quicker troubleshooting, minimize the need for meter readers to visit properties monthly and allow the city to generate timely, accurate use and billing information for customers.

Through the program, the city will reduce electricity consumption by an estimated 2.2 million kilowatt-hours per year — enough energy to power more than 190 homes annually. The program also will decrease carbon dioxide emissions by nearly 1,600 metric tons each year, or the equivalent to removing more than 300 cars from the road, according to USEPA figures.

The stimulus grants have allowed the city to expand the project to include communications technology improvements for the police and fire departments, including the addition of closed-circuit security cameras in public areas, computer-aided dispatch and new IT equipment. With the technology upgrades, police can remotely access programs, files and information from anywhere in the city.

Some cities are using SGIG funds to implement automated demand response programs that can help residential and commercial customers automatically shed load based on pre-set critical peak pricing strategies. Utilities use demand response to reduce consumption when electricity is expensive and demand outpaces supply — usually on hot days when air conditioners and cooling equipment are running in most facilities. By working with customers to control energy use, utilities save money by eliminating the need for additional peaking power plants, which typically run only when electricity use spikes.

Traditionally, letting customers know when demand and prices are expected to jump has been a cumbersome manual or semi-automatic exercise. New technologies and communications standards, such as the Open Automated Demand Response protocol, are allowing utilities to fully automate the delivery of price and reliability signals to their customers, and more effectively trim peak demand. That allows customers to decide how they want to respond to pricing changes, which can help utilities reduce energy use and provide more affordable, clean power.

The city will automate the load-shedding process for up to 100 commercial customers, using a web-based automated demand response system that will enable two-way communication with energy management systems at commercial and industrial sites. The program aims to reduce peak electric load by 17 megawatts by 2012.

Tallahassee’s residential demand response program, like the commercial program, is voluntary and geared toward reducing peak load. During the grant period, up to 15,000 participating customers will receive a free smart thermostat, which will communicate with the existing smart meters. That will allow the city to reduce residential demand during peak summer times by directly communicating with the thermostat and changing temperature settings of central air conditioners. The thermostats also will serve as in-home displays, providing customers with detailed insight into their energy use through billing information and gas and water data. The program aims to reduce peak electric load by 18 megawatts by 2012.

Taking the next step

Whether used in conjunction with guaranteed energy savings or through smart grid initiatives, stimulus funds are giving cities and counties many alternatives to address their critical energy and infrastructure needs. The projects will have a long-term economic impact by reducing tax burdens and creating jobs, as well as reduce greenhouse gas emissions for an improved environment and community.