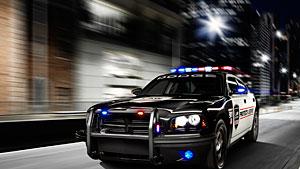 Motorists may see more Dodge Charger police cruisers down the road. Chrysler Group LLC is still offering a 2010 Charger sedan for police use, with a 2011 model waiting in the wings.

Motorists may see more Dodge Charger police cruisers down the road. Chrysler Group LLC is still offering a 2010 Charger sedan for police use, with a 2011 model waiting in the wings, said Jiyan Cadiz, manager, Car/Minivan Product Communications at the Auburn Hills, Mich.-based manufacturer. 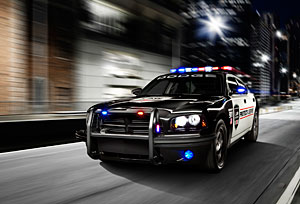 Cadiz could not say when the 2011 Charger for police use would be unveiled, but he told Govpro.com that the 2010 Charger sedan has a lot to offer police departments. “Based on the Michigan State Police Precision Driving Unit vehicle tests, our current 2010 Charger is the most competitive, and it’s by far, the most athletic. It’s top four in pursuit categories — top speed, vehicle dynamics, and we have stability control. In the acceleration category, to go from 0 to 100 mph, the Charger does it in about one-third of mile, compared to the Ford Crown Vic that is doing it in about two-thirds of a mile. So, the Charger is the best pursuit vehicle on the market today.”

A Dodge brand overview within a Chrysler five-year business plan presentation offered the following descriptions of upgrades that might find their way into a 2011 Charger police cruiser:

To adapt sedans for use as cruisers, manufacturers typically upgrade engine performance and adjust rear seats to accommodate passengers.

According to company estimates, the current Charger sedan accounts for about 18 percent of all new police cruiser acquisitions in the U.S. That is a 4 percent improvement over 2007 levels when a Charger fleet edition first launched.

Dearborn, Mich.-based Ford Motor Co. is not standing pat. Ford will discontinue its market-share-leading, full-size Crown Victoria for police use in September 2011 and replace it with an Interceptor Police Car based on the new Ford Taurus. Ford also has a second law enforcement vehicle in the works, which is based on the Ford Explorer.