Evolving high-tech trends that are driving communities into the future. 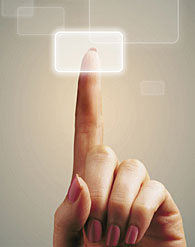 A morning commute that would normally take 15 to 20 minutes took more than two hours for three straight days in late 2009 in Montgomery County, Va., one of the wealthier counties in the country. The cause: a 37-year-old computer component quit working, un-synchronizing the county’s 750 traffic lights. The same week, the District of Columbia lost all voice communications with its entire bus fleet for 12 hours because a 35-year-old power unit burned out.

Those two unrelated incidents happening in the same week were caused by faulty equipment that showed no signs of wear, yet they were both disasters waiting to happen. While the dangers of the nation’s failing physical infrastructure — bridges, water pipes and facilities — have been widely discussed, much less attention has been paid to similar problems with technology infrastructure, where, in today’s environment, the effects of failure can be just as catastrophic.

With city and county governments planning for prolonged budget distress for the next several years, the old adage, “If it isn’t broken, don’t fix it,” may regrettably be around awhile longer — that is, unless the public demands more. Of course, not all equipment failures are as visible as 750 traffic lights out of sync, but when that happens, the public becomes instantly outraged.

There are some new trends brewing in the technology field that may offer some savings in time and money for local government operations. The trends can be broken down into four categories: technology infrastructure; technology management; energy assurance and efficiencies; and resident empowerment, transparency and engagement.

Last year’s system failures demonstrated that there is always a single point of weakness or vulnerability. With 30-plus-year-old equipment, a failure can happen at any moment without warning. Worse, other than age, there is usually no sign of wear and tear to computer systems. And when old equipment breaks, replacement equipment may no longer be available.

So, at the top of the list for 2010, technology leaders need to take a careful inventory assessment of all network equipment and subsystems. Perhaps an online dashboard for the public to see that highlights aging equipment would be useful. Then, residents would know what is aging and the implications of failure, with the goal of securing greater public understanding and support for upgrades.

However, with aging equipment comes new opportunities. While it is certainly easier to seek new solutions for equipment that has already exceeded its useful life (as opposed to new equipment that still has not been fully amortized), city and county governments can move applications to the cloud, reducing the number of servers and hardware, and the need for software system maintenance. Many cities and counties are turning to virtualization to reduce their number of servers. Some jurisdictions have had success with software as a service (SaaS), paying someone else to manage an application. All options that reduce or remove some of the infrastructure burdens brought on by aging equipment and systems are designed to transfer such responsibilities to an outside firm with legal obligations to deliver a stated quality of service.

While outsourcing technology or sharing services can be attractive under certain circumstances, local governments will still need a strong chief information officer (CIO)/chief technology officer (CTO) for strategic planning, system management and coordination among the various governmental departments and divisions.

Perhaps one of the most perplexing issues has to do with IT governance. The old system of merely having an IT shop to fix things or install new equipment is being replaced with a more professional model that promotes leadership in decision making, planning and anticipating technology needs for the future, and coordinating technology applications throughout the enterprise.

The nature of technology leadership in city and county government has evolved into positions that more closely mirror those in private enterprise. The new local government CIO or CTO must wear no less than four suits. He or she must be a leader, not a dictator; a technologist, not a technician; a business-minded person, not an accountant; and a diplomat, not a politician — an individual to tell people what they need to know, not what they want to hear.

Nevertheless, the number of experienced workers expected to retire from all levels of government may require rethinking of traditional headcounts or full-time employees. The federal government estimates a “brain drain” in knowledge management and technology at a time when many retirees will be looking to remain active — just not seeking full-time employment. Managers can examine position sharing, where more than one person can fill a full-time position with shared hours. It also allows for hiring retirees as part-time workers, too.

Not only must aging technology equipment be replaced, the aging electric grid needs attention, too. About 75 percent of the country’s large transformer fleet is more than 40 years old, and about 60 percent of circuit breakers are more than three decades old, increasing the risk of failures, according to Douglas Mader, director IT infrastructure and enterprise services for New Orleans-based Entergy Services.

Because the nation’s survival depends on reliable energy, the U.S. Department of Energy has awarded grants recently to a number of cities to develop energy assurance plans based on the guidelines developed by the Washington-based Public Technology Institute (PTI). Local energy assurance planning will help public managers understand and plan for various energy contingencies that cover all the “what ifs” that might occur. As an example, the planning can suggest using microgrids, which can, during an energy disruption or energy emergency, run independently of the utility grid to provide power for critical operations and communications.

In addition, local governments must consider their own energy use, conservation and sustainability. While going “green” might have sounded like a fad in the last few years, it has now become operational and infused into the daily workings of city and county governments. For example, many local governments are now using light-emitting diode (LED) traffic signals because of their extremely long life span and more pleasant light spectrum than sodium lamps.

In 2006, Ann Arbor, Mich., spent $1.39 million on streetlight and traffic signal electricity costs, with streetlights accounting for 92 percent of those charges. After installing LED traffic signals, the city saved $49,000 and now is investigating LED street lighting, which could cut its cost, energy use, and greenhouse gas emissions by 50 percent.

Until recently, residents were considered consumers or customers of government services and not necessarily as prime stakeholders in the public infrastructure. A significant and growing portion of the population is now Web-savvy, which has increased their expectations of communication with government agencies, using the new social media. With more than 200 million Facebook accounts and 75 million Twitter accounts expected by 2010, and 100,000 picture views each and growing for YouTube, city and county governments have an opportunity to better engage their residents.

A recent PTI survey asked city and county government IT professionals about their current and future use of social media. Nearly 72 percent replied that they were using or would be using Twitter, 72 percent said they were or would be developing their own Facebook pages and 75 percent are using or beginning to use RSS feeds. In addition, 43 percent have dabbled with blogs.

Local governments, like the District of Columbia, also have developed their own applications for mobile phones. In D.C., residents can download applications to locate Wi-Fi hotspots and buses in real-time, and view police crime maps. Recognizing that residents are increasingly mobile with ever-smarter phones, many local governments encourage their residents to take pictures or send text messages with location GPS tracking to better pinpoint potholes, accidents, crimes in progress, or weather or health-related events. That technology essentially takes the concept of neighborhood watch to entirely new levels.

With decreasing revenue and little to no decrease in the demands for services, 2010 promises to be a challenging year. By tapping new and strong technology leaders to help solve problems and increase operational efficiencies, however, city and county governments will reinforce their chances of surviving the economic storm ahead.

To begin a new year, it might be constructive to view a new list of what is “out” and what is “in” for local government technology. Here are some trends that have already begun and others that have yet to take hold.