NYPD communications chief Charles Dowd is outspoken in his belief that broadband is the future of public safety voice and data communications. 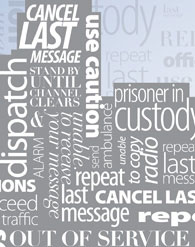 After almost 20 years working as an officer in the New York City Police Department (NYPD) — most of the time working on patrol in the narcotics division and in the detective bureau — Charles Dowd was told in 2000 that his job description was about to change. Just nine years later, Dowd today is a deputy chief in the NYPD and one of the most controversial figures in public safety communications. Like the Yankees, just the mention of Dowd’s name tends to elicit strong sentiments from within the public safety community, both supportive and critical.

But, as is the case with the Yankees in the baseball world, virtually no one in the public safety community ignores what Dowd has to say. Not only does he represent the largest city in the U.S., but also his city is a primary focus of homeland security concerns and at the forefront of several cutting-edge efforts for first responders.

Supporters consider Dowd a visionary for his steadfast belief in the power of broadband technology for public safety communications — and the need for local agencies to control the deployment of those technologies. Critics argue that Dowd’s broadband goals are too risky for the near term and that his positions selfishly would undermine nationwide interoperability efforts, resulting in another generation of patchwork-quilt communications systems that would be eerily similar to the proprietary public safety networks that have been under intense scrutiny.

In particular, critics note that Dowd has been outspoken in his opposition to two of the biggest public safety interoperability efforts proposed during the last two decades, including Project 25 (P25), which sets standards for digital radio communications to allow federal, state and local public safety agencies to communicate with each other during emergencies. He also opposes the attempt to build a nationwide 700 MHz wireless broadband network through a public/private partnership. Theoretically, that partnership would be between a commercial operator and the Public Safety Spectrum Trust (PSST), which holds the nationwide license to public safety’s broadband spectrum in the 700 MHz band.

Dowd also says the time for that suite of standards in P25, and all other narrowband technologies, has passed, at least for the NYPD and many other agencies. “Everybody that I’ve talked to in the technology arena concedes, at least privately, that broadband is the way to go,” Dowd says. “There’s a different way to be efficient, and that’s the goal that we should be driving toward now.”

Broadband service is the goal of the FCC’s public/private partnership plan, and Dowd says that, while broadband is a worthy objective, the nationwide proposal did not address the needs of the local agencies that were supposed to be targeted as subscribers. “We want to support some solution that creates flexibility, so folks have a choice about how they want to proceed at 700 MHz — whether it’s build your own [network], a partnership half and half or whether you want to rely on a common commercial carrier to build your network,” he says.

Thanks to system-refreshing efforts, New York is confident the UHF system could last another five to 10 years. However, because the system operates at frequencies below 512 MHz, the NYPD network is subject to FCC rules requiring that the system move from 25 KHz channels to 12.5 KHz channels by Jan. 1, 2013. On top of that, the FCC has made it clear in its rulings that the agency plans to mandate a move to 6.25 KHz channels.

For the NYPD, narrowbanding the UHF system would cost between $100 million and $300 million, Dowd says. He and other city officials questioned whether this “unfunded [narrowbanding] mandate” from the federal government would be the best use of taxpayer funds. “If you look at the investment in a narrowband system, you’re investing a lot of money for public safety to do exactly what it does right now, which is two-way voice,” Dowd says. “So you’re looking at an investment that gives you absolutely no return.”

In addition, narrowbanding NYPD’s UHF network logistically promises to be an “absolute nightmare,” Dowd says, because the high volume of round-the-clock network traffic leaves the system with little or no open spectrum to use while a narrowbanding transition is executed. “To try to do [narrowbanding] in a system that’s as busy as ours — a system that’s live all the time — it’s really almost an impossibility, and it really is an obvious safety risk to cops on patrol,” he says.

Dowd says a much better option would be for the NYPD to build a public safety-grade broadband system at 700 MHz that would be used not only for high-speed data applications but also for mission-critical dispatching. Such a move to greater broadband capabilities would greatly reduce the logistical challenges facing NYPD and have a greater return on investment, he says. “It doesn’t make a lot of sense to build a narrowband system, when it’s clear that all the technology, all the R&D and all the focus — not just on a nationwide basis but on a worldwide basis — is on broadband,” Dowd says.

While planning to build a 700 MHz broadband system could reduce those narrowbanding-related logistical challenges, the notion is fraught with political, financial and regulatory hurdles. The most notable of which is that the 700 MHz public safety broadband spectrum is not licensed to New York. “First of all, [Dowd] doesn’t have the spectrum,” says Public Safety Spectrum Trust Corporation (PSST) Chairman Harlin McEwen. “He wants it and would like us to not have it, but he doesn’t have it.”

In addition, the 2013 narrowbanding deadline is still looming, and NYPD currently is obligated to comply like other UHF licensees around the country. While Dowd would like to avoid spending money on narrowbanding and instead build a 700 MHz broadband system, many industry officials question whether equipment for long-term evolution (LTE) technology would be available in time for the agency to build a new network by 2013. LTE is the fourth-generation commercial standard that Dowd favors, although he has noted that NYPD would build to any interoperable standard that the FCC specifies.

To address those issues, Dowd says he plans to make three requests to the new FCC:

If the FCC grants those requests, the rulings would send shockwaves throughout the public safety communications industry. While local governments in Seattle, Boston and Cook County, Ill., have supported Dowd’s direct-licensing approach, most in public safety believe a more comprehensive approach is the only way to bring broadband to rural areas that lack the resources to deploy such systems and the leverage to negotiate deals with a commercial partner.

“That’s the problem,” says Charles Werner, fire chief for Charlottesville, Va. “If we continue on that [direct-licensing] path, then we allow the divide between the haves and the have-nots to [grow].” Dowd plans to work with organizations such as the Association of Public-Safety Communications Officials (APCO) to develop a solution that could serve the needs of less-populated areas.

As for getting an extension or waiver of the FCC’s narrowbanding rules, many public-safety officials have expressed concern that granting such a request could undermine the narrowbanding effort. But consultant Robert LeGrande — who led the construction of the first 700 MHz public safety broadband network when he worked for Washington — says the potential of broadband voice “changes the game,” so the FCC should reconsider the need for narrowbanding. “The first question you have to ask yourself is, ‘What problem are you solving? What can’t you do today that you’re going to be able to do tomorrow?’” LeGrande says. “If the only answer is, ‘We’re going to satisfy a rule,’ we won’t dramatically increase interoperability, and we certainly won’t increase our capabilities. That makes you wonder whether a whole-hearted, multimillion-dollar investment is the right answer, especially at a time when you have a dramatic evolutionary change in a communications environment.”

Most public safety communications leaders agree with Dowd’s vision that mission-critical broadband systems will transmit both voice and data communications to first responders. However, many question whether broadband voice will be ready to meet public safety’s strict reliability standards as quickly as he proposes.

“At some point, it will all be voice over IP,” says mobile wireless consultant Andrew Seybold. “However, having said that, you can’t put cops or a SWAT team or firemen in a building where they’re trying to talk to each other 30 to 50 feet away and have to have those communications go through a cell site or a tower — it doesn’t work. And there’s no [commercial] technology today that has talkaround or simplex. That’s what [Dowd is] missing.”

McEwen believes the peer-to-peer communications issue can be resolved technically, but he questions whether manufacturers would be willing to make the necessary investment without the promise of a nationwide marketplace — economies of scale that even a city as large as New York cannot promise but that the PSST hopes to realize over time.

In terms of peer-to-peer communications, Dowd believes UHF portables can continue to be used for tactical purposes, negating the need to narrowband the UHF network’s infrastructure until the capability is included in broadband devices, which, he has been told by the major manufacturers, should be ready in the timeframe he’s seeking. Broadband data may be relatively new to public safety, but this is not the time to compromise public safety’s standards for reliability and coverage, he says. “There have been suggestions that voice communication is more critical than data,” Dowd says. “Anyone who would suggest that to you is not in policing in this day and age.

“To suggest that a public safety broadband system doesn’t need the same coverage characteristics that the LMR voice systems currently have just flies in the face of what [police officers] do. Once you give them that tool, their expectation is going to be that it works every place their voice communications works. If it doesn’t, you’re going to hear it — I guarantee it. You can’t have coverage that’s not public-safety grade.”