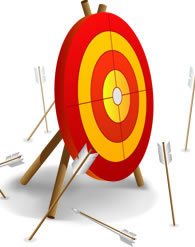 Because most people do not want to think much, if at all, about how to invest their retirement savings, target-based retirement funds became the quick and simple answer. Employees pick a fund with a date nearest to when they will need the money and leave the investment management to professionals. As the fund moves closer to its target date, the investments automatically become more conservative.

But, even with the growing acceptance of the funds since they were introduced about six years ago, the recent turbulent markets have persuaded some participants to flee to “safer” investments — defeating the whole idea of a lifetime fund. “Some people are coming out [and] putting their money in the stable value fund,” says Georgette Gestely, director of New York’s defined contribution plans. Today, target-date funds constitute more than $1.5 billion of New York employees’ retirement assets, or almost 16 percent of the total.

Although assets invested in the target-date funds dropped only about 12 percent in November 2008, compared to a 20 percent move from stocks to bonds and stable value, target-based funds were designed with the intention that people would never leave at all. Today, that is a concept that some experts are questioning. They argue that funds that focus on a date rather than the financial circumstances of the individual cannot do the job. “What has been advertised as a safe and simple solution isn’t safe and simple,” says Zvi Bodie, professor of finance and economics at Boston University. Bodie disagrees with the way retirement plans in the private sector have promoted the funds. He thinks retirement plans should be focused on assuring a steady stream of replacement income, which may not be available if employees rely too heavily on volatile equities.

Some of Bodie’s harshest criticisms have been met by a few of the largest plans in the public sector. Those large plans, like New York’s, have developed custom solutions, augmented by defined benefit plans, which are designed to meet the specific needs of their employees.

While agreeing that plan-level designs for target-date funds solve some issues, Bodie and others have pointed to the need for very careful attention to how the benefits and risks of those target-date funds are explained. “People don’t understand what risk is,” Bodie says. “People have been completely misinformed.”

Target-date funds are composed of other funds that invest in a variety of stocks, bonds, stable value or money market funds and sometimes alternative investments, such as real estate and commodities. They are actually a variation on a type of fund that was common in the late 1990s. The earlier versions, often called lifestyle funds, were static portfolios, with designated risk levels based on the proportion of stocks and other investments. As an investor’s need to avoid risk changed (for example, they were nearing retirement), the investor had to change from a higher-risk fund to a lower-risk portfolio.

The target-date fund was designed to overcome the need for investors to make even that minimal assessment. Instead, those funds automatically change their portfolios as the maturity date approaches. So, a fund maturing in 2030 might be more heavily tilted toward stocks today and more toward bonds by 2025.

The idea that the participant’s age determines the portfolio’s mix is Bodie’s main criticism. He says that age is a terrible way of building investment portfolios because any two people of the same age may have entirely different circumstances. “Age itself is not a great indicator,” he says.

The other main criticism of the funds comes from market analysts like Chicago-based Morningstar Research‘s Thomas Idzorek, who says that a fund’s investment in equities can range from 98 percent to 65 percent for the same 42-year-old person, depending on the company that designed it. As the funds move toward their target date, their compositions continue to show the same marked differences — all leading to significant differences in the investment results.

Of the funds Morningstar tracks, those with 2010 retirement targets lost an average of nearly 25 percent last year. That compares to the 39 percent loss of the Standard & Poor’s 500-stock index. And, the variation in losses between different funds with the same 2010 target date was vast: from 3.6 percent to as large as 41 percent. “Individual situations are so different,” Idzorek says.

New York’s original lifestyle funds were created in 2002 as an easy way to explain diversification, which places assets in a variety of classes because each class reacts differently to various economic circumstances. “We found that if we gave a picture of a portfolio, it was more likely that they would invest in one of the pies,” Gestely says of the pie charts that were used to illustrate the funds.

In 2004, New York decided that the target-date approach was better because the funds adjust over time and do not depend on participants to decide whether their risk levels have increased or decreased. “It was very easy,” Gestely says, “so we got rid of the risk-based portfolios.”

Over time, the amount invested in the target-date funds increased from 6 percent of the assets the city managed to about 16 percent. During the crushing market sell-offs in November 2008, the portfolios performed in line with their benchmarks, Gestely says.

She points to two distinguishing features of the funds. First, they are invested solely for the city, which keeps the fund’s expenses at a minimum. Second, she points to the funds’ custom design, which aligns the target-date funds to the demographics and work pattern of the city’s employees. “Our work force is very complicated,” she says. For example, there is a large portion of uniformed forces, who are eligible to retire after 20 years and could be in their 40s and 50s when they leave the city. “Our portfolios are created not just for their working life, but through their life expectancy,” she says. “We don’t expect them to take the money out as a lump sum when they leave but to keep their dollars invested through age 85.”

Although some participants left the target-date funds, she is pleased that the funds have held up better than the individual equity funds. “They haven’t left in droves,” she says.

Los Angeles County retirement plans also went through a long process to design custom funds that rolled out last November, says County Treasurer Teresa Gee. “We looked at off-the-shelf products to see what was out there,” she says. “We decided a custom lineup was more cost-effective.”

With a custom plan, the county could add alternative investments — such as real estate products, income funds that include real estate products and a fund that invests in products like commodities — that were not available from mutual funds. Those help diversify a managed fund.

In developing the target-date funds, the county analyzed its workforce, considering the age of its participants, salaries and promotional opportunities, and the participation rate. (The county matches the first 4 percent of salary that participants contribute.) Then the plan established a projected replacement income after retirement, assuming that the county’s defined benefit plan covers 60 percent of income and, finally, developed the fund’s composition to replace the other 30 to 35 percent, she says.

Because the program’s rollout coincided with the market meltdown, employees were very cautious, Gee says. But new employees, especially, were very interested. “Now, with target-date funds, we have something that we can talk to them about,” she says.

The California Public Employees’ Retirement System‘s (CalPERS) defined contribution plan has had its own custom lineup since last November, replacing a vendor’s program that began in May 2007. Program managers decided to develop their own target-date fund composition because the off-the-shelf products were built around the work experience of private sector employees, says Geraldine Jimenez, CalPERS’ division chief for supplemental plans. “We asked our actuary to use our actual members’ data to determine the funds,” she says. “We wanted the funds to make sense for our group of employees.”

The CalPERS program assumes that the defined benefit plan will replace 64 percent of the employees’ income and that the funds will replace another 24 percent. The plan used a program to devise a variety of possible outcomes from different asset class mixes. “We wanted to find the highest likelihood of income with the lowest level of risk,” she says.

In choosing the target date, participants are advised to remember they will likely live many years past retirement. “Our average participant retires at 59,” she says. “It needs to grow for a while.”

While not commenting directly on California and New York’s retirement plans, Idzorek says that customizing programs to take into account the “unique circumstances” of the eligible participants is an essential element of a successful target-date fund program. “I know a lot of public sector plans are adding target-date funds,” he says. “It’s a matter of time before plans with a lot of assets will be seeking a custom solution.”

Idzorek says that target-date fund programs will begin enlisting managers from different fund groups who are the best at what they do. By customizing a fund’s composition for the individual plan’s participants and adding top experts from each asset class, participants will get the best of all worlds. “This is the wave of the future,” he says.