Occupancy laws and social workers emerge in the early 1900s to clean up inner-city neighborhoods. 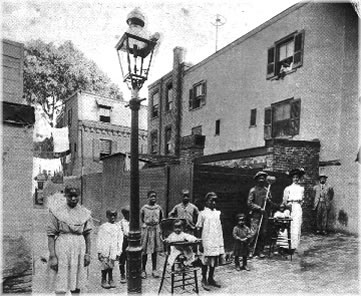 In the third issue of The American City, November 1909, Gustavus Weber, secretary of the Philadelphia Housing Commission, wrote about his city’s efforts to address the unsanitary and overcrowded housing conditions in its oldest sections. The homes in the area were 50 to 100 years old and occupied largely by unskilled workers who paid cheap rent to landlords who neglected the properties.

The city first gained authority to regulate some overcrowded homes with the passage of the Tenement-House Inspection Law of June 7, 1907. It defined tenements as buildings “occupied by three or more families living independently of each other and doing their cooking upon the premises.” The law required the building owners to register their properties with the city and submit to inspections by the Tenement-House Division of the Department of Health and Charities. The newly created division employed just five inspectors to cover 4,000 registered buildings, and enforce sanitation and maintenance requirements.

Despite the law, a large number of one- and two-family homes escaped definition as tenements, so philanthropists and social workers would step in to assist occupants and report problems to the city. One such group, The Octavia Hill Association, would purchase old properties, like the one pictured above, and repair plumbing, drainage and ventilation. Social workers employed by the group would collect rent from the properties and give advice to tenants on care and cleanliness of the premises.