The technology toolkit has been expanding rapidly in the last few years, but only the most savvy politicians and government officials have taken advantage 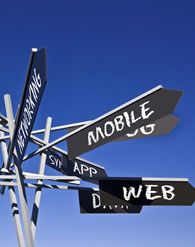 The technology toolkit has been expanding rapidly in the last few years, but only the most savvy politicians and government officials have taken advantage of the new devices to save time, money and lives. “When it comes to technology, there’s innovation all over the place,” says Alan Shark, executive director of the Washington-based Public Technology Institute. “It’s in pockets where you don’t expect it like Urbandale, Iowa, and Casper, Wyo. It’s in environments that are supportive.”

Washtenaw County, Mich.; Tucson, Ariz.; Rockville, Md.; and Winston-Salem, N.C.; are just a few local governments that have embraced Web 2.0 applications, wireless networks and geographic information systems (GIS) to better serve residents, save money and improve efficiency. And, they are pushing the limits of what is possible by combining technologies that complement one another, as well as working with other local governments to make the most of their resources.

Web 2.0 applications like Twitter, YouTube and Flickr that encourage collaboration among users offer endless possibilities for local governments but also can be complicated to traverse. To help city and county staffers determine how to use the tools to their governments’ advantage, Bill Greeves, IT director for Roanoke County, Va., started MuniGov 2.0, a group for local governments to discuss Web 2.0 applications, including RSS feeds, widgets and blogs. The group started this summer and meets weekly in Second Life, a virtual world where users set up avatars, graphical images that represent people on the Web site. MuniGov 2.0 already has more than 125 members.

When determining how to integrate Web 2.0 into operations, it is important to spend time on different sites and become familiar with their capabilities, says Andy Brush, knowledge manager for Washtenaw County, Mich. “We’re using it internally to enable conversation and collaboration between employees,” he says. “Having them provide feedback is key to keeping things up-to-date and prioritizing information.”

As part of its initiatives, Washtenaw County has set up 12 wikis — online pages that can be contributed to and edited by multiple users, like Wikipedia — for internal use. A group of social workers and case managers, for instance, created a social worker wiki to share information. If a resident is having trouble paying bills and needs to know who to contact when his water is shut off, the case worker can look up the information, as well as the necessary documents, on the wiki page. “They recognized there were enough things like this that if they could build them into an internal knowledge base, including hundreds of entries and paper forms, it would be a good resource,” Brush says. He is hoping to pull content from the county’s 211 system to add to the wikis because of some overlap in information.

The other 11 wikis are built around internal projects, such as a 10-year document management plan. Brush says the wikis have helped reduce the workload for some of the county’s most experienced employees. Instead of having to respond to every question they receive from other employees, they can update the wiki page and direct people there instead.

The county has used public blogs to solicit comments on specific issues, such as proposed projects, but only for limited periods of time. “[Public blogs] are good for limited use,” Brush adds. “If you post a blog, you have to be willing to deal with the feedback. If you’re asking for comments and questions, you have to respond in a timely manner.” He says the county has been reluctant to participate in other Web 2.0 applications, such as Facebook, because of potential conflicts with the various Web sites’ “terms and conditions” and the county’s own document retention policies.

Washtenaw County also has plans to create a YouTube channel to post portions of its Board of Commissioner meetings. The three- to seven-minute clips would provide the basic information on budget items or appointments of officials and then direct viewers to the city’s Web site to watch the rest of the meeting. “People shouldn’t get so caught up in the hooplah that they stop paying attention to their first Web site,” Brush cautions. “Web 1.0 is the Washtenaw Web site. You might let people post videos of people swimming at public pools, but if people came to the site to find out when open swimming is, and you don’t have the information, you’ve missed the point.”

The latest technology can help save lives, as Tucson is discovering. Last year, the city launched ER-Link, which broadcasts real-time patient images from ambulances to trauma center doctors using a citywide, 23-square-mile, wireless mesh network. With cameras and accompanying technology in all of the Tucson Fire Department’s 17 paramedic units, doctors can see patients’ injuries and receive information, such as heart rate and other vital signs. Doctors can determine the extent of a patient’s injuries and decide which medical team will be needed once the patient arrives at the hospital. “We have a very strong relationship with the local trauma center and the university,” says Carl Drescher, network services administrator for Tucson’s IT department. “Between the University Medical Center and Tucson Fire, there was a strong commitment to make this successful, and that was important.”

The city funded the system with a grant from the Federal Highway Administration. Tucson had to work through some initial bugs, including interference problems while trying to communicate with doctors through wireless headsets. Also, Drescher says they encountered issues transmitting full-streaming video while traveling 50 miles per hour.

With the system now fully functional, other public safety departments, such as the police, are considering using the wireless network for communicating with patrol cars. The water department also may begin reading meters wirelessly, although the coverage is not sufficient in all neighborhoods. It likely will begin the service in neighborhoods where signals are strongest.

The wireless network also is saving the city money by using data to improve its 400 traffic signals based on pedestrian and vehicular traffic at different times of day. The Tucson Transportation Department previously was using hard-wired, analog circuits to transmit traffic information, which was slower, more costly and did not allow for video, Drescher says. The wireless network is quicker, and, because the city owns the infrastructure, it does not have to pay the telecommunication fees that it did before.

Rockville, Md., also is embracing wireless technology in its public safety efforts. Working off of Montgomery County’s wireless network, Rockville police officers are using computers in their vehicles to access databases, including the National Crime Information System and Maryland Interagency Law Enforcement System. When officers pull a car over, they can run the tag to determine if the vehicle is stolen or if there is a warrant out for the owner’s arrest.

Previously, they would call a dispatch center and wait for the information. “The mobile laptops are an indispensable tool for our police department,” says Mike Cannon, director of information and technology for Rockville. “If officers can run a tag from their vehicle, they know what they’re getting into as far as who they are approaching.”

The officers also can generate reports from the field. The information goes into a central database that is managed by the county. Montgomery County centrally manages the applications available on the laptops used by county police and participating municipalities to keep the system operating optimally.

In other wireless initiatives, Rockville has equipped building inspectors with rugged tablet-based laptops so they can update the status of permits and enter notes in real-time. If a code enforcement officer sees a violation while driving from one location to the next, he or she can find information about the resident or business to issue a citation. The technology allows employees to stay in the field longer without having to return to the office to file reports, and it keeps the city’s information up-to-date and accurate.

Winston-Salem, for instance, is using GIS to make City Link, its 24/7 call center, more efficient. Residents call one phone number with any type of question or issue. A customer service representative answers the question or creates a service request. Residents also can use City Link’s Live Chat option to ask questions online or send e-mails when representatives are not available.

GIS helps city staffers analyze callers’ information and answer their questions more effectively. Call center agents can find the resident’s address in the GIS and see if anything else is going on nearby. For instance, if many people within close proximity call with a water issue, agents can decide more quickly if there is an outage in the area by viewing the requests spatially, as dots on a map. GIS data also helps the representative determine whether the service request fits under the city or county’s jurisdiction.

The call center is only one of the many ways the city is integrating GIS into its operations. “Just about every city service in one function or another has GIS mixed in,” Newman says. It also is being used to route sanitation, public safety and snow-clearing vehicles; and to make economic development decisions. The police department maps crime by location. Using MyCityofWS on the city’s Web site, residents can see road closings or zoning actions once they type in their address.

In addition to its wireless initiatives, Rockville is exploring the use of personal digital assistants, such as Blackberries, to access GIS information in the field. Rockville leaders are tentatively planning to begin testing in the next few months, Cannon says. Users would not only be able to view maps on the devices, but also update information on water and sewer lines or street lights.

To save costs on its GIS data, Rockville shares its information with the county and is a member of MC:MAPS, a consortium of local governments in the region that share map information. “The [MC:MAPS] Consortium has helped because it’s allowed us to share the costs of aerial photography and GIS data that normally we would have to completely pay for ourselves,” Cannon says.

Saving money is one of the reasons that software as a service (SaaS) continues to grow in popularity. Rather than purchasing software, customers instead can pay a software host to provide the application as a service. For instance, Alexandria, Va., discontinued crime reporting through its RSS feed and moved to CrimeReports.com, a GIS SaaS application. Participating cities feed the database with information, and residents can view maps of crime in their area on the Web site. “The public gets better views, the company gets money and the city wins because customers are happy and they put less employees on it,” Shark says.

Shark increasingly is seeing more of that type of innovation — even among library systems and school systems. In the State of City & County IT 2008 National Survey conducted by the Public Technology Institute and INPUT, 38 percent of respondents said their local government IT budget will decline in the next two years because of the economy. “When governments could afford to be independent, they were,” Shark says. “The economy is forcing people to think in different ways.”