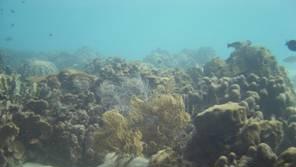 Full Moon In August: Time For Coral To Spawn

In the Florida Keys, the August full moon represents a unique and precious event: annual coral spawning for some of the most threatened corals in the 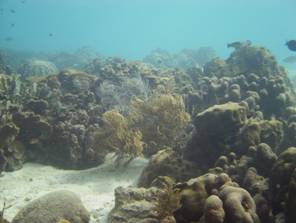 In the Florida Keys, the August full moon represents a unique and precious event: annual coral spawning for some of the most threatened corals in the world.

This year, like many others, researchers from the University of Miami Rosenstiel School and University of North Carolina Wilmington will spend the latter part of August and early September studying the phenomenon in the Florida Keys National Marine Sanctuary to understand how humans can improve the plight of elkhorn, staghorn, boulder star, and other species of corals.

“We’ve been at this for quite a while, and each year we learn a little bit more about these corals,” said Margaret Miller, adjunct assistant professor in Rosenstiel School’s Marine Biology and Fisheries Division and benthic ecologist with the National Oceanic and Atmospheric Administration (NOAA)-Fisheries, Southeast Fisheries Science Center. “Unfortunately, we only have one opportunity a year to observe these corals spawning.” 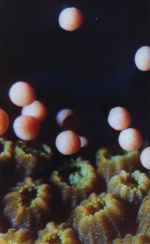 Alina Szmant, who is now a professor at the University of North Carolina Wilmington’s Department of Biology and Marine Biology and Center for Marine Science, began this work back in 1983 when she was a faculty member at Rosenstiel School.

Since then, the researchers have learned to predict the narrow time frame during which these corals will be spawning. For this group of species, this is during the late evening hours over the week or so after the full moon in August.

“This has been a difficult problem to study because the corals are so secretive in their spawning pattern, and it all happens late at night when it is difficult to work. I couldn’t get funding for the work in the early days…too risky! But we have patiently learned–one year at a time–how to do all the steps needed to rear coral larvae from wild spawn and get them to settle on materials we provide them, ” Szmant said. “This means we are finally at a stage of expertise where funding agencies will give us money to expand the work and find conservation applications for the basic knowledge.” The NOAA National Marine Sanctuaries Program primarily funds this project although Szmant and her colleagues have received funding in the past from the Environmental Protection Agency, the National Science Foundation, and other NOAA agencies.

In March, the NOAA-Fisheries Service proposed to protect elkhorn coral–one of two coral species native to Florida and the Caribbean that the Fisheries Service considered to be threatened under the federal Endangered Species Act (ESA).

Both elkhorn and its relative, staghorn coral, have had 80-98 percent declines in their populations throughout Florida and Caribbean waters. These would be the first listings of any coral species as threatened or endangered under the ESA.

The researchers have two primary research goals:
(1) to collect spawn and culture the embryos in a safe laboratory setting for their first week during which they develop from gamete fertilized eggs to full-fledged larvae. The scientists then will experiment with helping the larvae to settle onto the sea floor; and
(2) to learn more about why these corals don’t settle well on their own and what management strategies could assist their efforts.

“If we can collect and rear them at this critical stage, we hope to be able to help them survive and thrive in their natural habitats,” said Wade Cooper, a Rosenstiel School student who is studying boulder star coral and massive starlet coral. Cooper has developed special “seeders” or settlement structures for these larvae that he will transplant with them when they are returned to the ocean.

Another UM Rosenstiel School student, Ben Mason, has hypothesized that one reason the coral larvae have low survival could be from ultraviolet exposure. Larvae of most corals remain near the ocean surface for a few days while they develop, exposing them to high levels of ultraviolet radiation, as well as very warm seawater temperatures whether or not that is a factor in spawning success still needs to be determined.

The scientists have been given special permission to use Carysfort Lighthouse as a platform for rearing the coral larvae. Spawn collections will take place during the nights of Aug. 22-26, and re-settlement efforts will be conducted from Aug. 31-Sept. 3 and Sept. 6-9. Settlement efforts will focus on two of the sanctuary’s fully protected areas: Carysfort Reef and the restored site of the Wellwood freighter grounding at Molasses Reef. Funding for the project comes from the settlement in the Wellwood case.