I recently had the privilege of addressing a regional National Association of Educational Buyers (NAEB) Conference on the subject of "Change, Challenges, 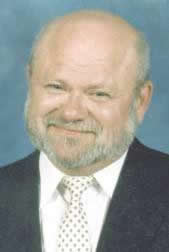 I recently had the privilege of addressing a regional National Association of Educational Buyers (NAEB) Conference on the subject of “Change, Challenges, and Choices.” I asked the audience to share what they perceived as their greatest challenges in today’s public procurement environment. The one response that received a resounding round of applause was, “How to Deal with the Empowered Clueless.”

Although this challenge is an increasingly prevalent problem in all of the public procurement entities I have dealt with, I had never heard it described so eloquently—probably has something to do with the respondent’s working in an academic environment of higher learning.

As a crusty old retired Marine, my first inclination was to advise that you can get a lot accomplished with a smile…and a “45”! Discretion being the better part of valor, I chose not to share that politically incorrect thought.

In truth, the term “Empowered Clueless” is the ultimate oxymoron. Empowerment cannot happen without proven competence and accountability of the empowered! And yet, I have witnessed an insidious attitude within our country’s economic and government leadership that promotes the ideology that effective leadership only requires good management, without requisite competence in what is being managed.

Apparently, that ideology prevailed among recently failed big corporations and their CEOs. I really get nervous when I hear government leaders pontificate on how government should be run like a business. What really scares me is the evidence that, in many cases, it is!

Perhaps that accounts for the fact that only about 20 percent of state procurement directors have any professional procurement certification. If it is good enough for procurement and contracting, then why isn’t it good enough for finance and budget, or legal, or engineering, or auditing departments? Maybe it is, and we just don’t know about it. I’m just concerned that if we try to run government like some American big business has been run, we could end up “out of government”!

The only answer is to define and follow “good business” practices that include empowering the right, competent people to do the right things, right; and then hold them accountable as stewards of the public trust.

There is nothing more dangerous than someone in power who doesn’t know what he or she doesn’t know …and doesn’t want to know! On the other side of the coin, there isn’t anyone more powerful than a competent professional who has the integrity and courage to do the right thing as a steward of the public trust.

The most effective way to deal with the empowered clueless in public procurement is to ensure that they have all the information they need to make a fully informed decision. They are then properly “empowered” and “accountable” and cannot claim ignorance as an excuse for any illegal, inappropriate, or unethical actions or decisions. I honestly believe that many empowered clueless really don’t want to do the wrong things, but need and welcome professional guidance. However, document everything, just the same!

Editor’s Note: Beau Grant, CPPO, is a master instructor for the National Institute of Governmental Purchasing (NIGP) and president of Beau-Geste Enterprises. Readers can reach Grant by e-mail at [email protected].